Technically the 5/15 was identical to the previous year’s model with a simple side valve 680 engine and an open frame. Records are missing from this model perhaps 30 to 40 produced through the year.

The SS80 was similarly very much the same as the 1925 model. The only variation was the SS80 – 100 which was perhaps an attempt to give the customers something close to the SS100 at a slightly lower price.

It may have been a business decision to make use of unsold SS100 rolling chassis to improve cash flow. Only about 12 to 15 of the 80 –100 were produced. The differences from the basic SS80 were that it used the larger frame and the very desirable Castle forks. Total production numbers of the SS80 for 1926 were just 48.

The SS100 remained the same as 1925 apart from the new box headstock that was introduced midway through the year. This was a racing improvement and effectively brought plates around the steering head resulting in a much stiffer upper frame.
Accessories available included the Karslake stand and a manual lamp dipper. 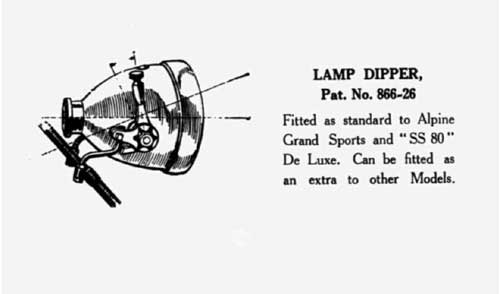 For an extra £6 10s, a Bonniksen speedometer could be supplied. The Bonniksen not only measured the speed it could also show elapsed time. 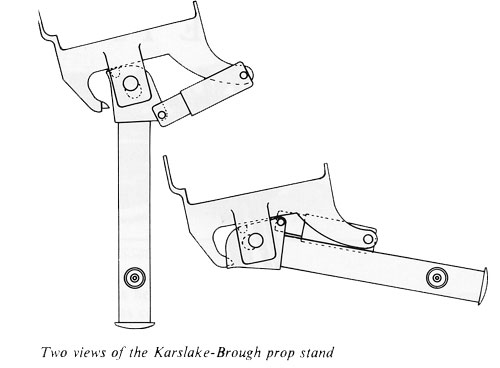 The Karslake stand mounted underneath the footrest and acted as a side stand. This made for much easier parking when the only alternative at the time was time was the very heavy rear stand. To park a bike with the rear stand meant dismounting, moving to the rear of the bike and pulling the whole of the rear end up onto the stand.

The Karlslake stand made all this unnecessary.

At the motorcycle show in late 1926 George Brough announced the new OHV680. He described this as a
“SS100 in Miniature” Certainly the 680 had the looks of it’s bigger brother but not the performance, however as 1927 figures show it was probably the saviour of the company.
Also at the show was the highly tuned ‘Pendine’ version of the SS100. 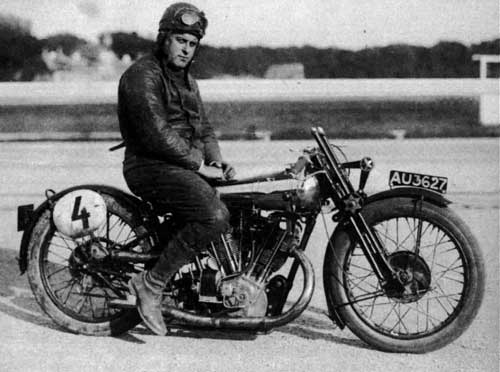 This bike was a stripped down version of the SS100 with a guaranteed top speed of 110MPH. This sort of speed from a production bike was not really matched until Vincent beat it in the 1950s.